We collaborated with London’s “The Cheese Bar”, to form the visual identity for the world’s first-ever, cheese conveyor belt restaurant. With a concept so out of the ordinary, the response needed to hold enough weight to carry their bold offering.

The identity’s focal point is around a central character, a dog called Bert, which is predominantly led by an illustration of him in various absurd situations. Stylistically, the drawings are janky, yet comprised of fine lines in conjunction with a serif typeface. This combination creates an aesthetic which turns the potential complexity of the restaurant into something accessible. 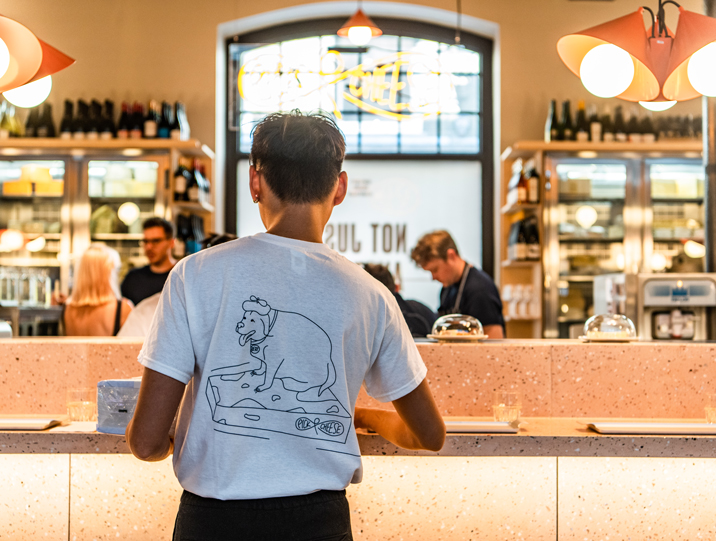 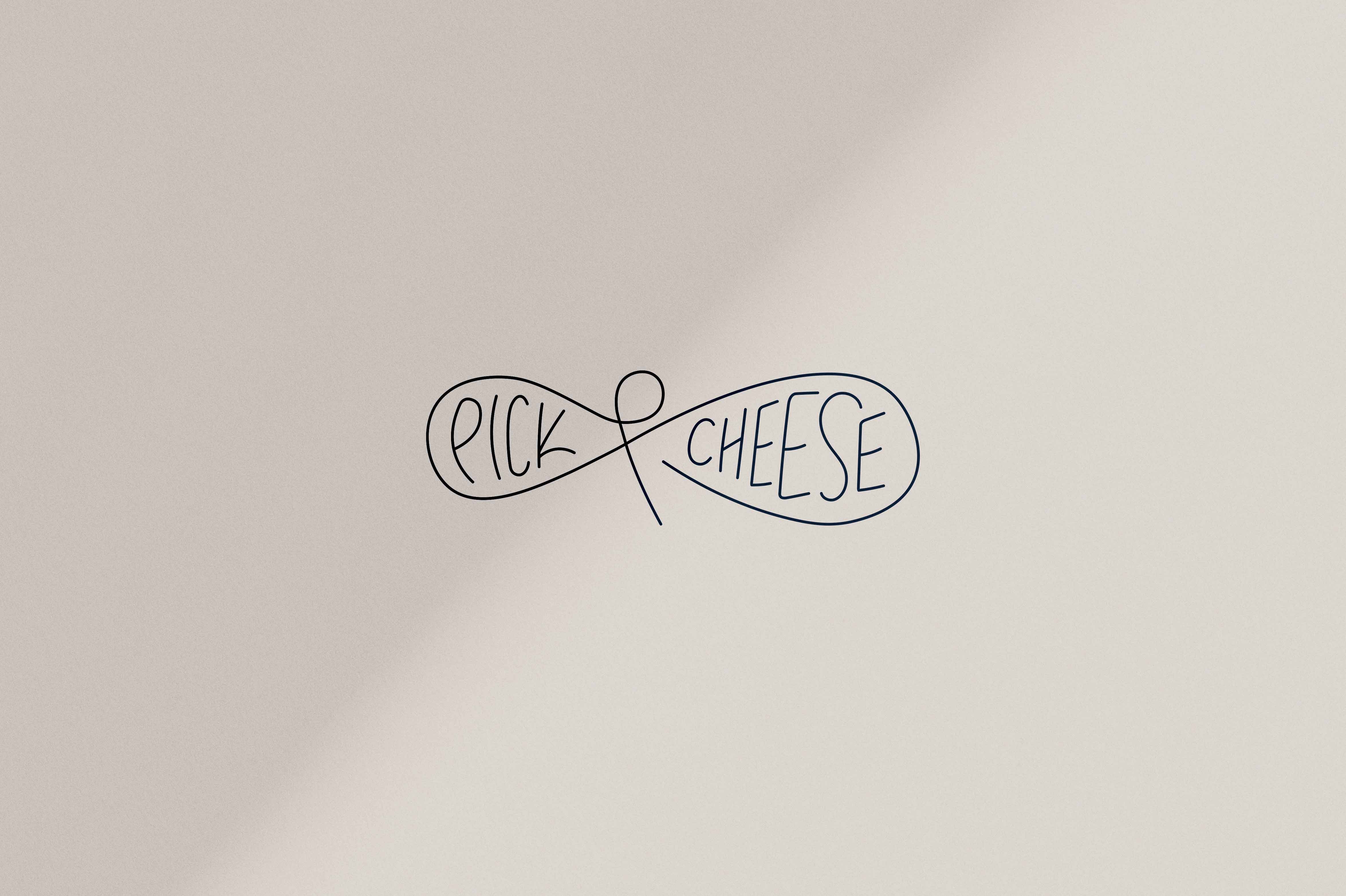 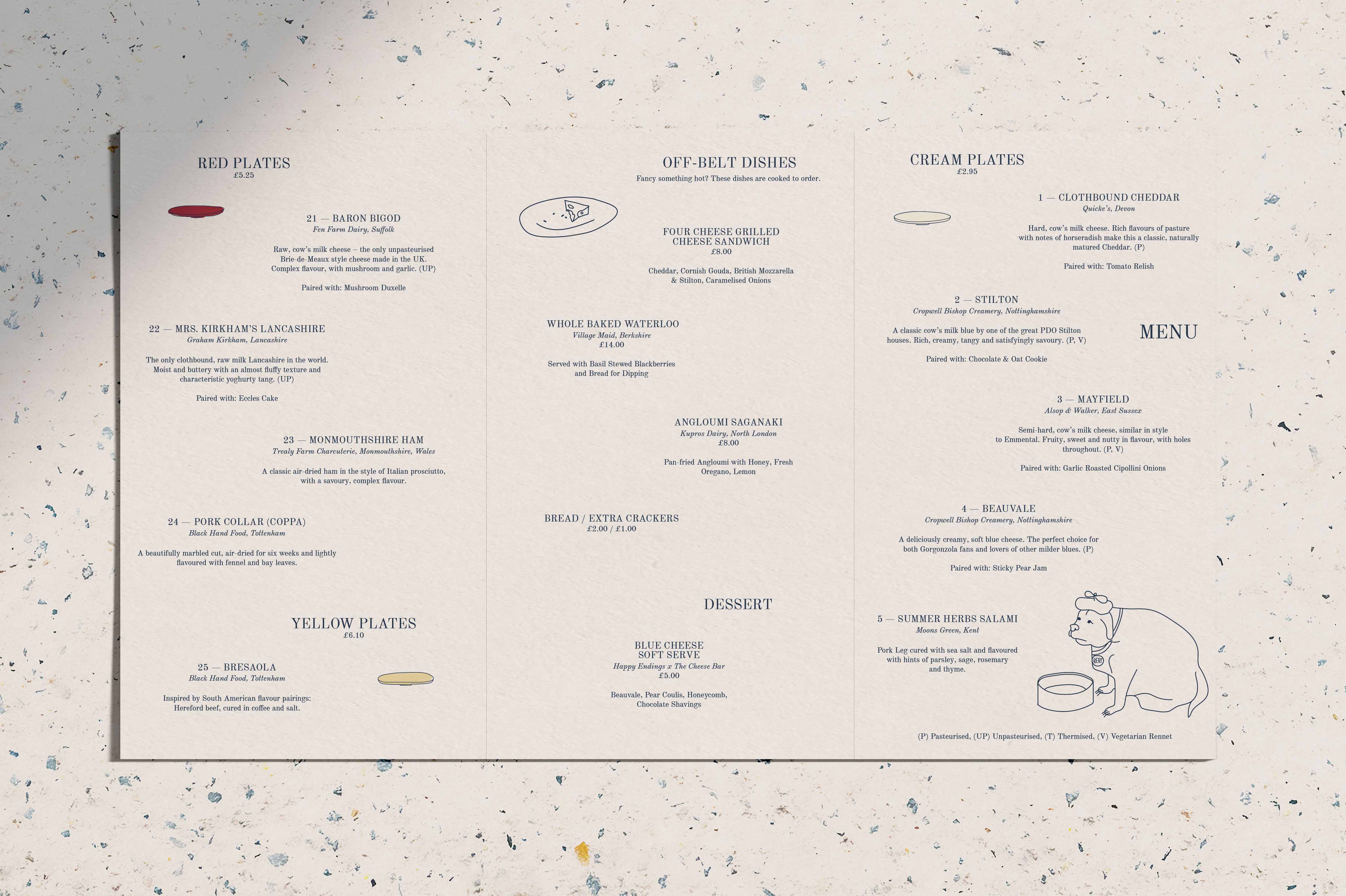 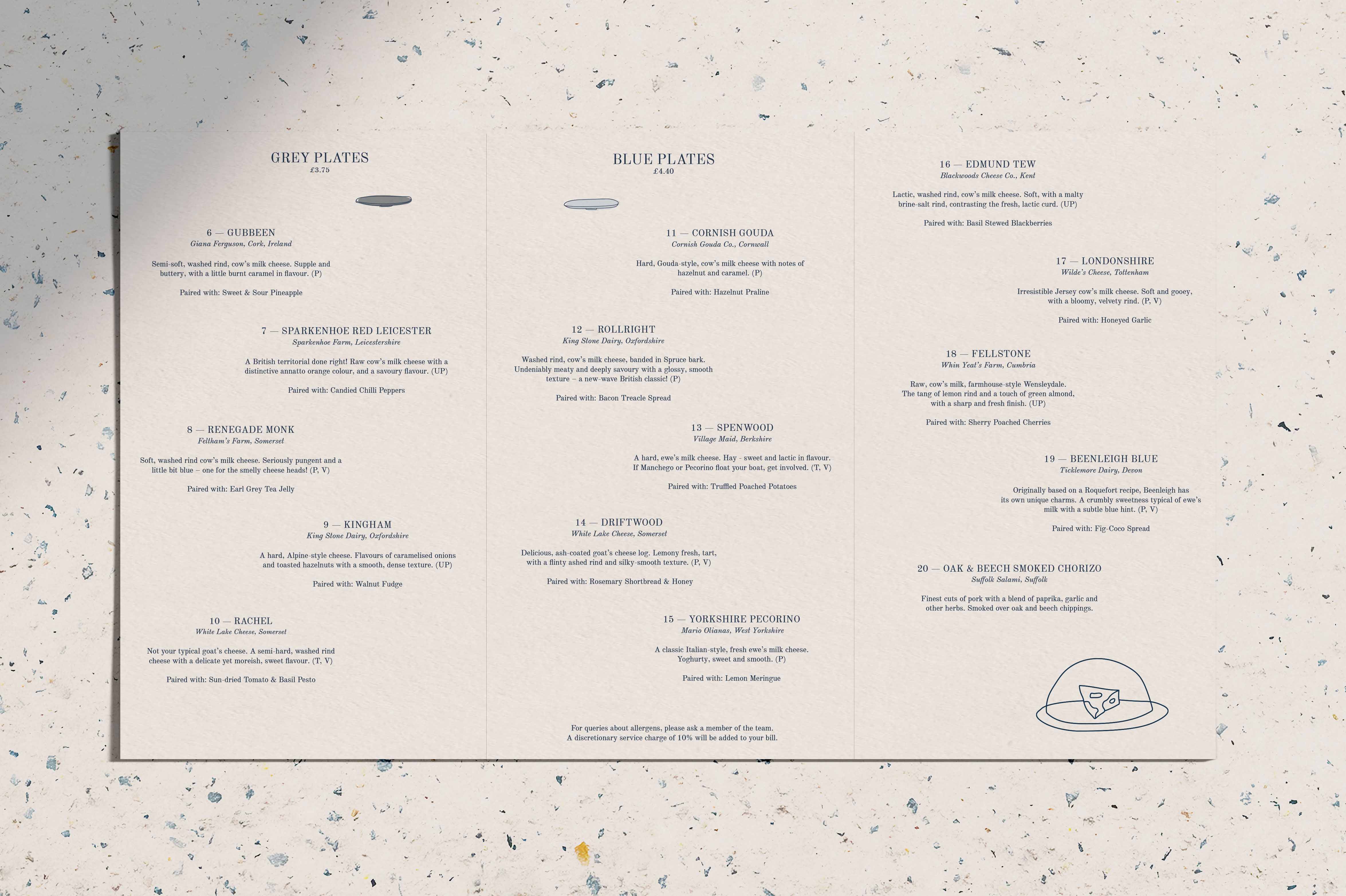 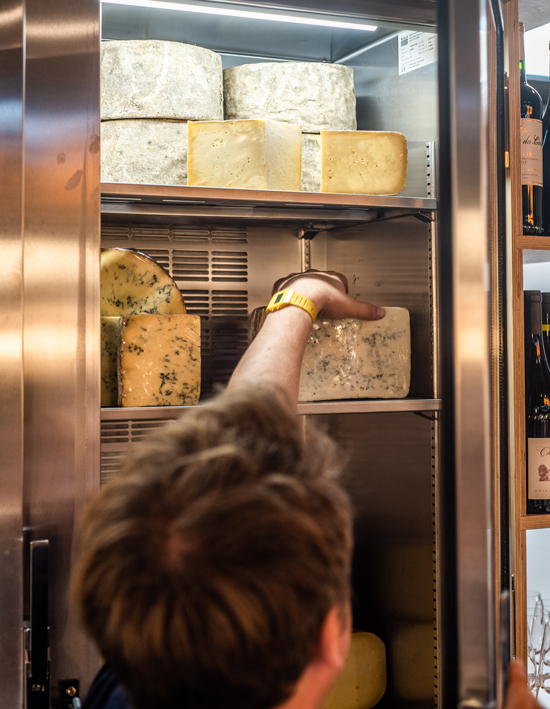 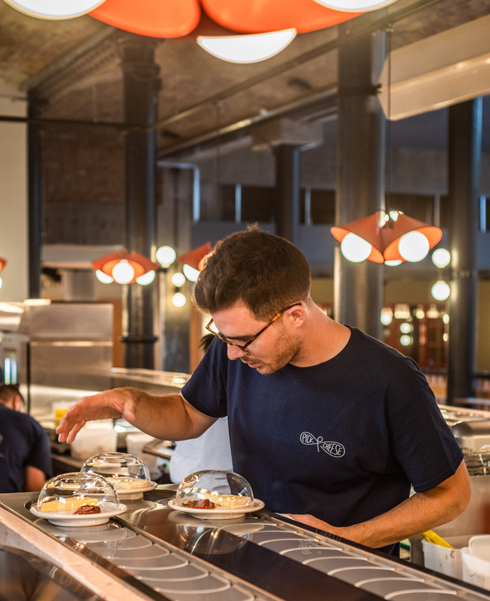 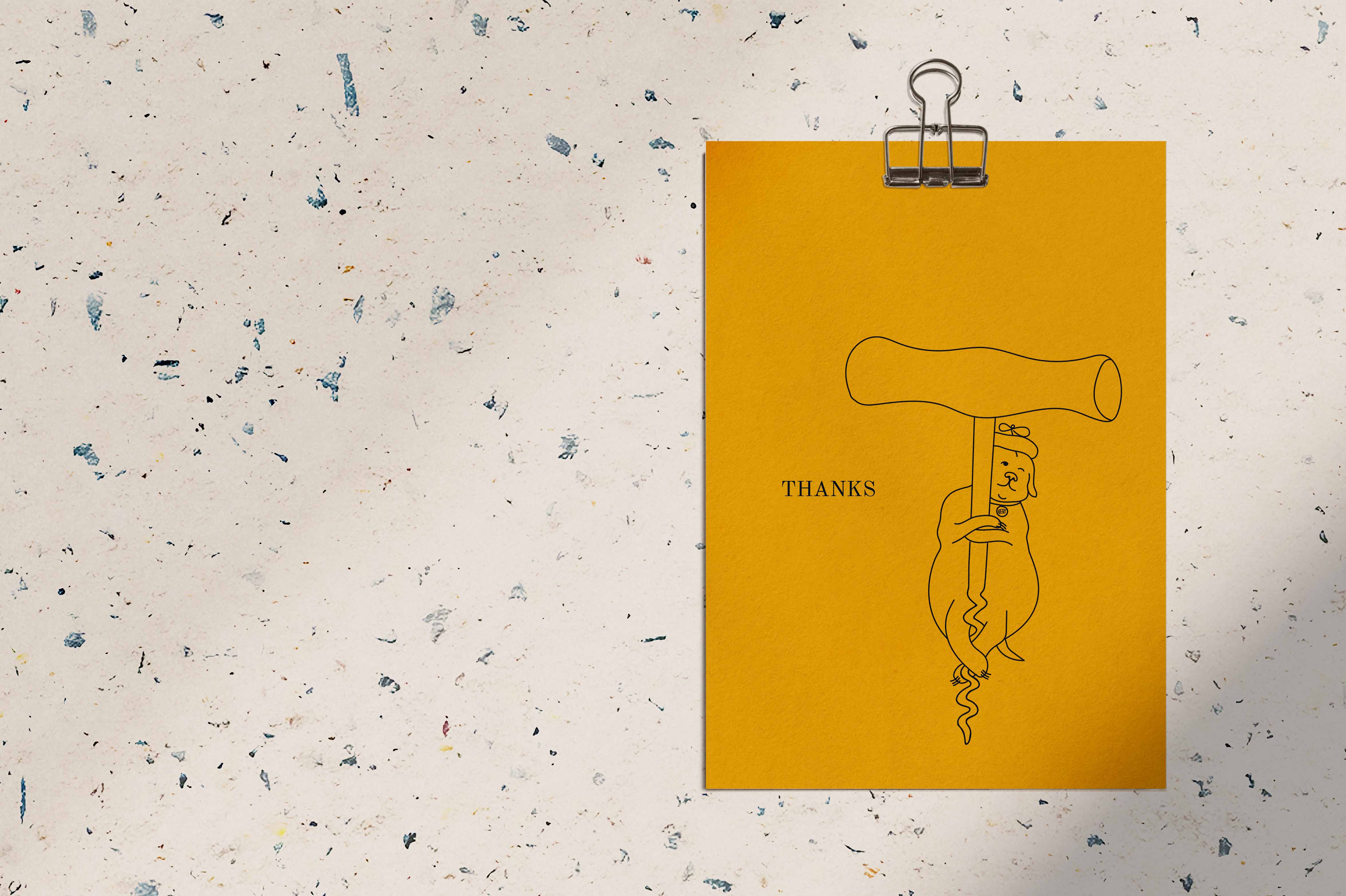 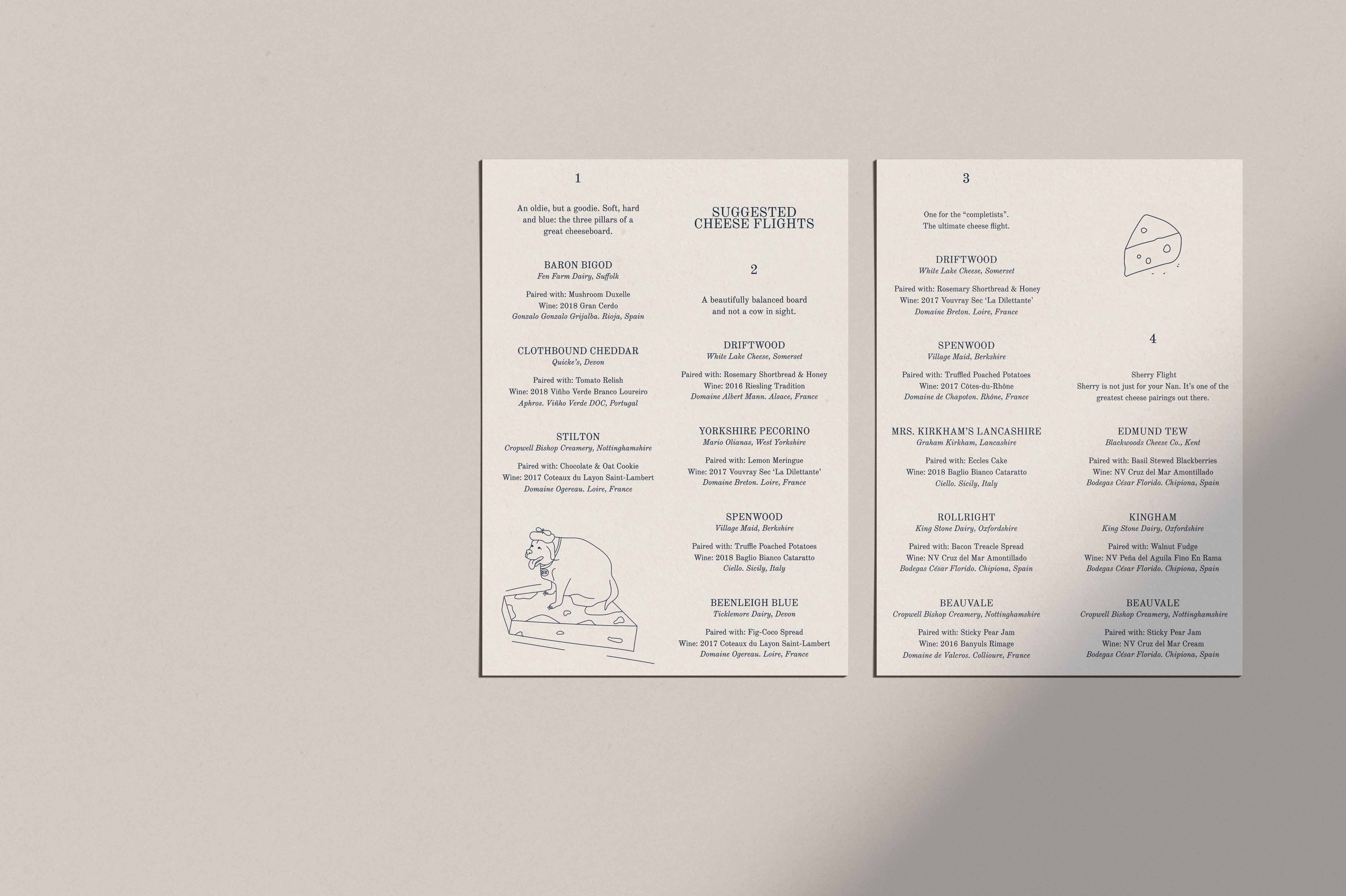 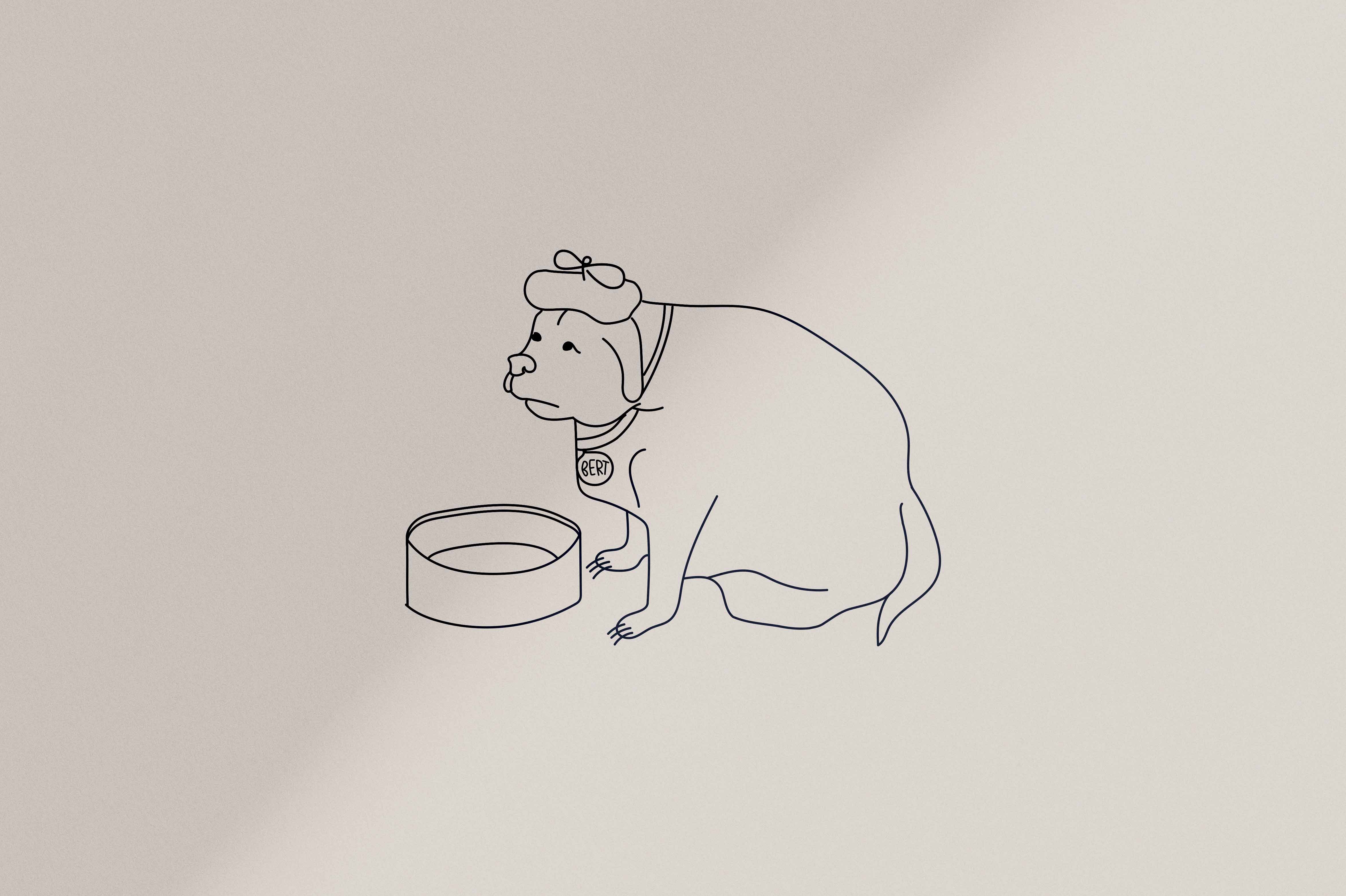 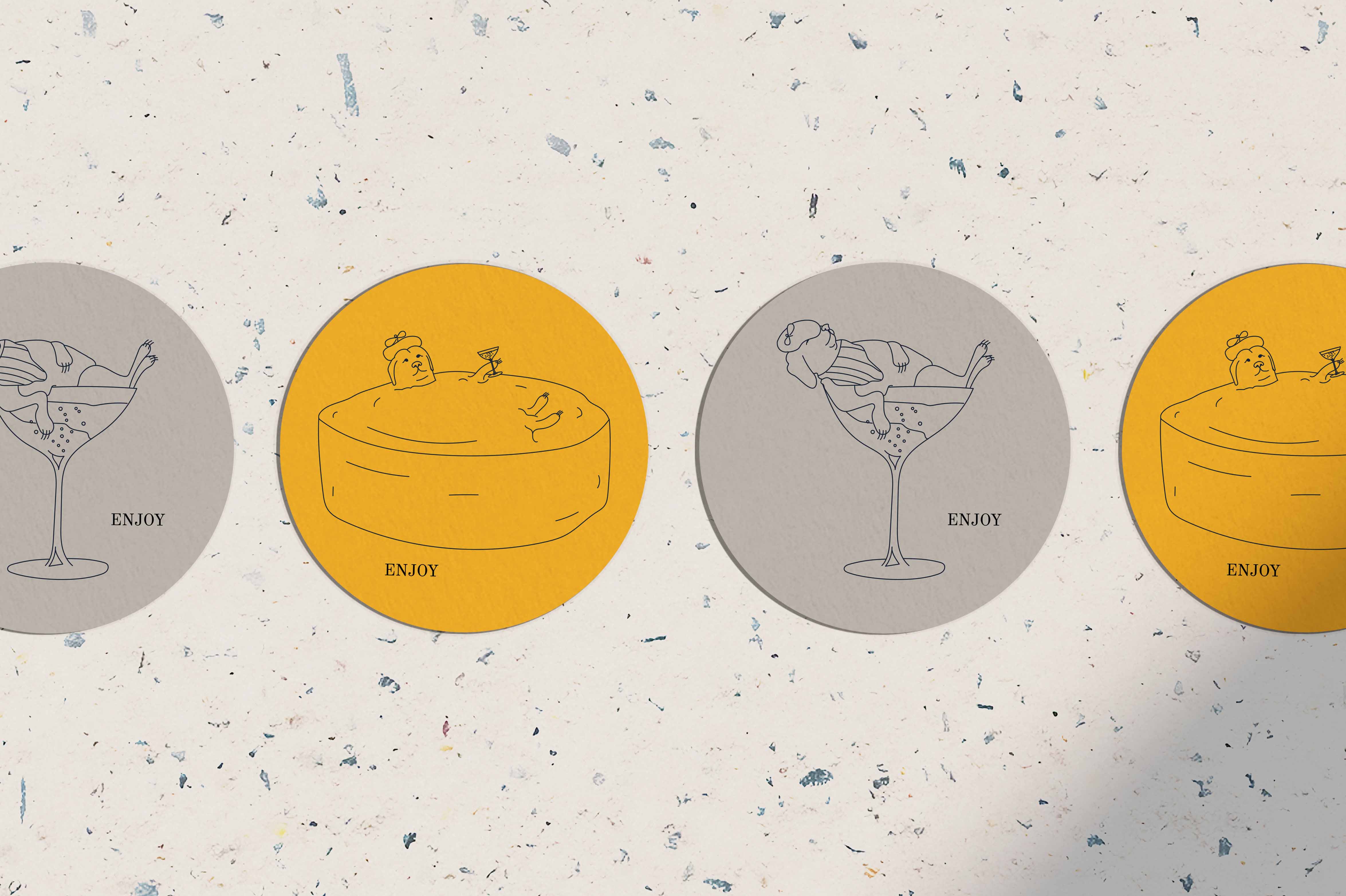 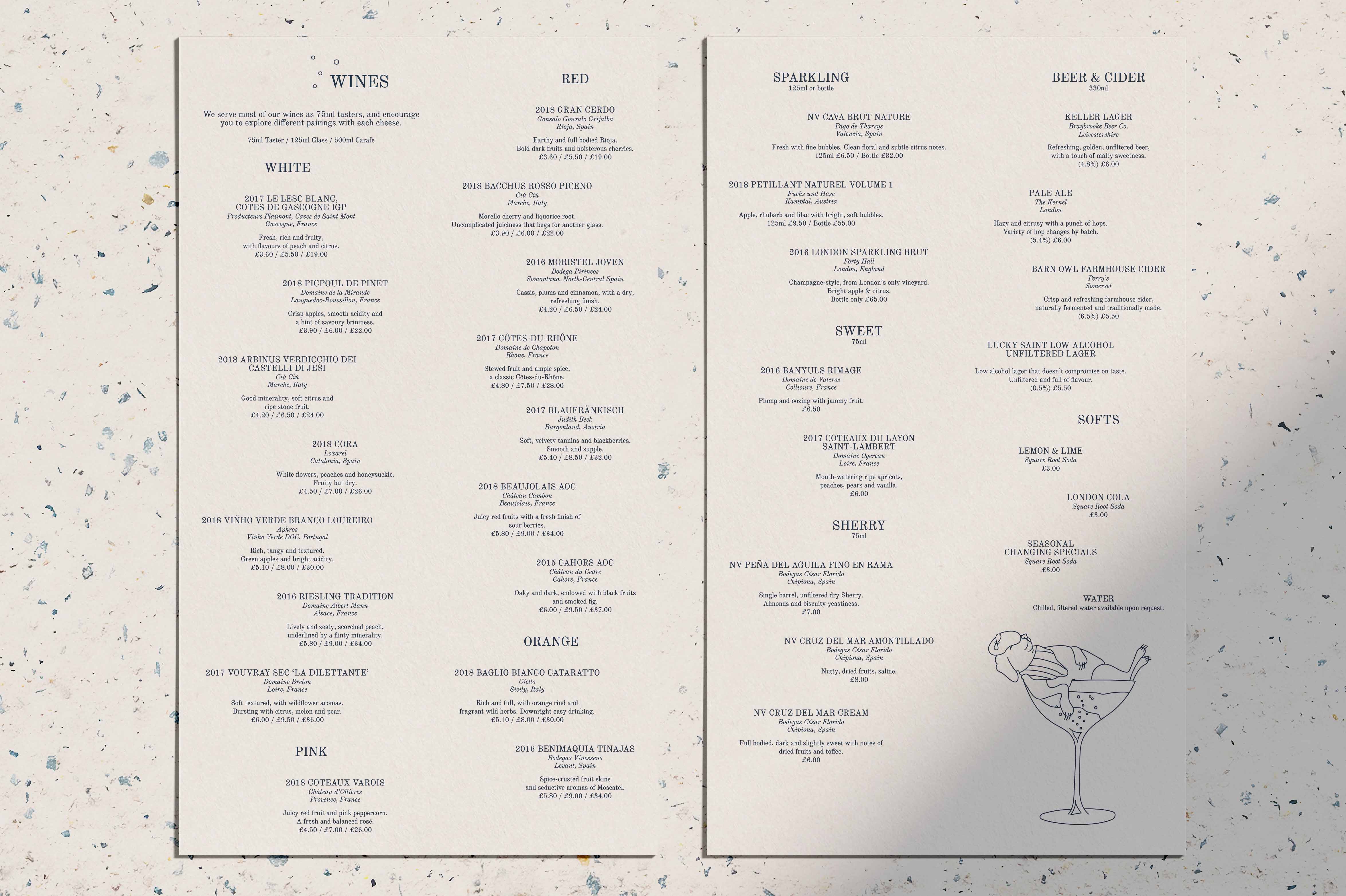 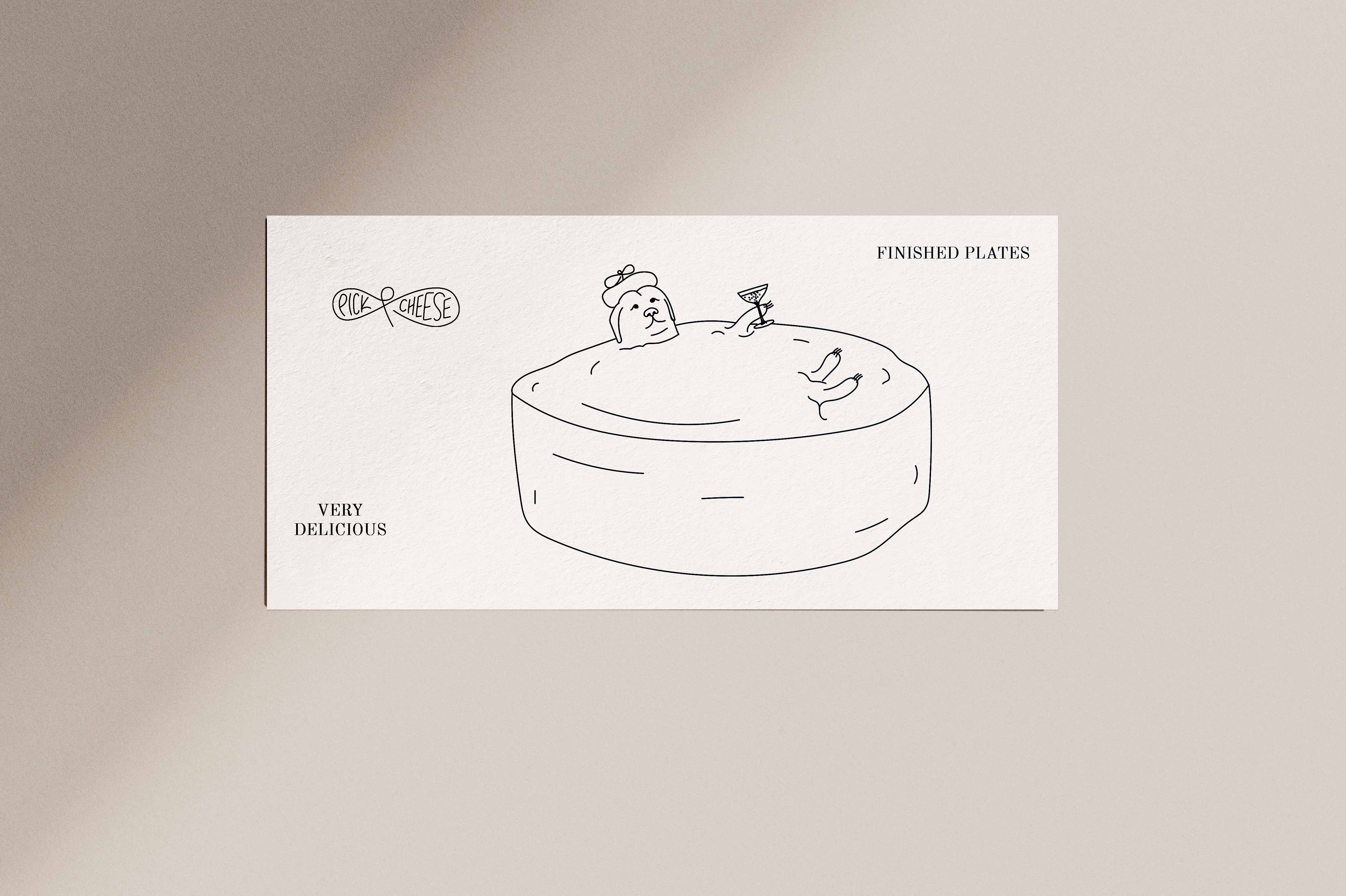 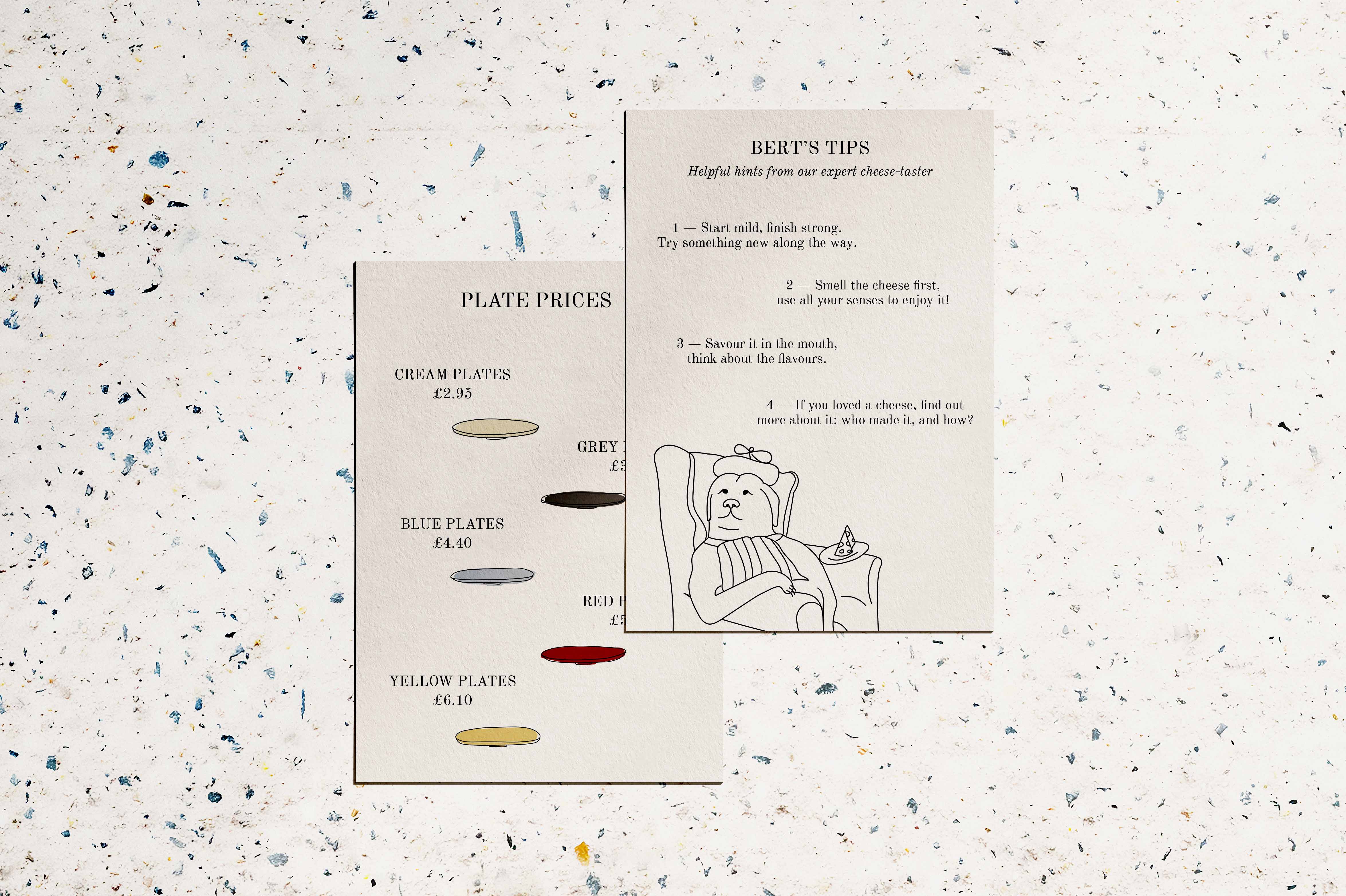 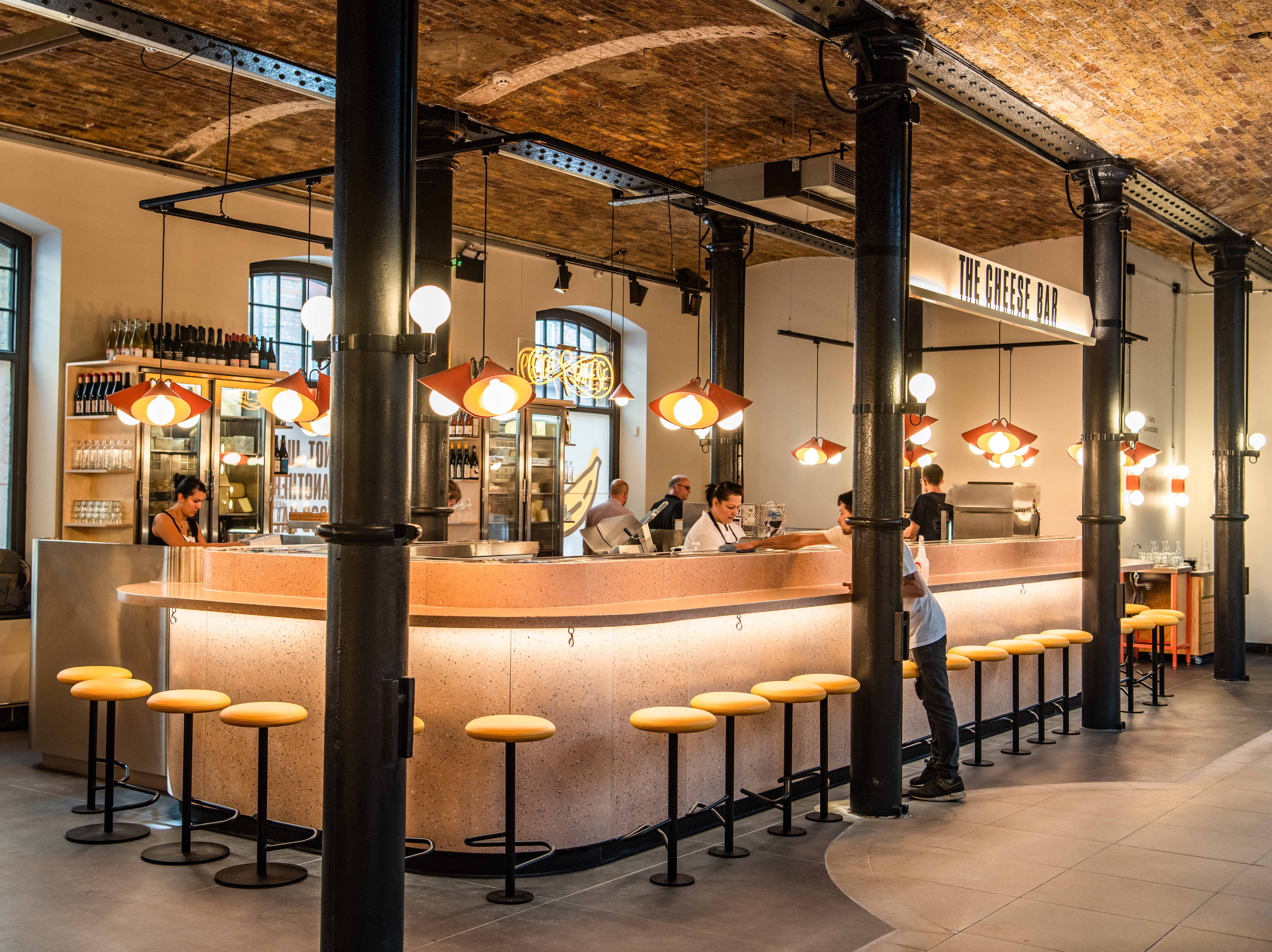